The Mac vs. PC debate is one of the most controversial topics when talking about computers. This page is meant to give a comparison between Apple Macintosh computers and a PC running Microsoft Windows. It should be used to help educate users looking to buy a new computer and not as a method of declaring the best of the two. You should base your buying decision on what you believe works best for you.

Mac:Compared to a PC running Windows, Apple Macintosh computers are less vulnerable to viruses and other malware. However, viruses are beginning to target Apple computers due to the lack of experience that manufacturers have when it comes to fighting viruses on the Mac operating system.

PC:Many people today are using computers running some version of Microsoft Windows, which makes it a large target for attackers. Windows computers are very susceptible to viruses and malware, especially if not protected by an antivirus program.

Mac:Although many people may argue "you get what you pay for," when compared to a PC, an Apple computer, its peripherals, upgrades, and repairs are often more expensive than a PC. However, Apple computers are usually built pretty well, with quality components

PC:The vast majority of PC's and their peripherals today are cheaper and more affordable when compared to a new Apple Macintosh computer. 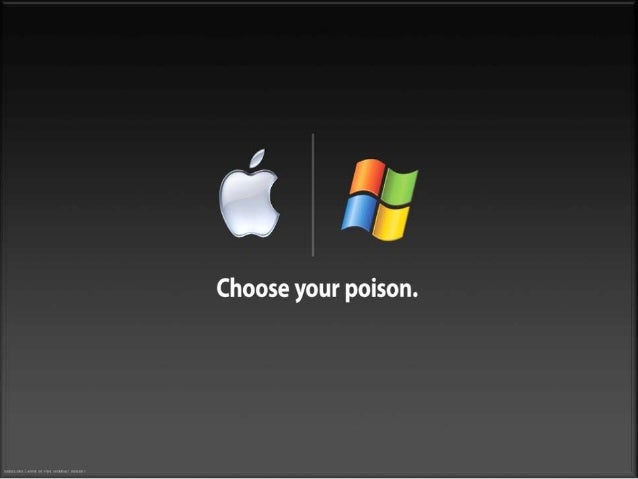 Mac:The available software options for an Apple computer are greatly increasing, with many software titles that are exclusive to Apple, as well as many that also run on Microsoft Windows. However, there are still more software programs available for Windows computers, largely due to the higher number of Windows computers on the market. Through the use of Boot Camp, an Apple user can run Windows and many of its programs.

PC:More people are using and developing software for PC's running Windows, which means there is a larger selection of software available for Windows. There is also an almost endless supply of 100% free programs, some that run on Apple computers, but the majority of which run on Windows computers only.

Mac:The Apple Macintosh computer is often built with a lot better materials when compared to most PC's.

PC:To help keep the overall costs low, some PC manufacturers build their computers from plastics and other cheaper materials when compared to a Mac. However, there are also PC manufacturers who meet and sometimes exceed the quality of Apple computers and Apple still does use plastic in some of its products.

To learn more HTML/CSS, check out these tutorials!